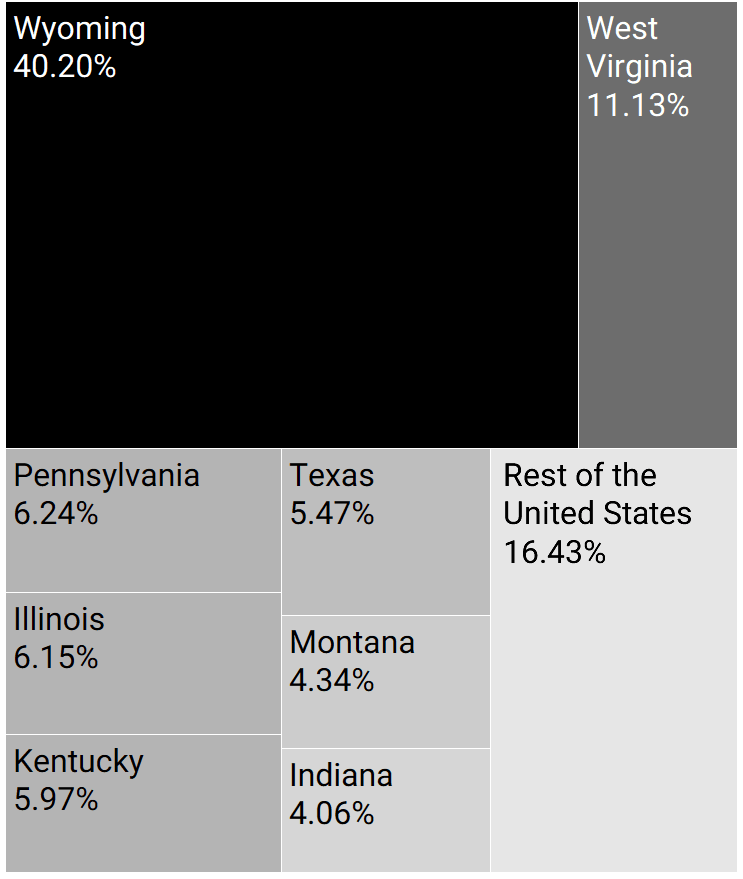 With the current low price of natural gas on top of the raw efficiency of Wyoming's mines, coal mining in Appalachia is an industry that may not be competitive or viable in the future. A recent op-ed in the New York Times titled Coal Country Is a State of Mind highlights the disparity between nostalgia for the past versus reality of today's economic market. Today, coal mining brings to mind dust-covered West Virginians wearing hard hats, but a more accurate image is of Wyoming's vast mechanized coal pits.